For the past two years I’ve challenged myself to watch a certain number of Jdramas. It’s an anything-goes-as-long-as-it’s-Japanese deal, and the idea is to watch as many doramas as I can without restraint. Challenges often impose various requirements, such as with genre or episode count, and sometimes this works out in wonderful ways in which I find shows I love that I otherwise wouldn’t have discovered. Other times, however, interest quickly dissipates, and I’d simply rather watch a set of other shows that end up not meeting any of the challenge’s requirements. Thus continues my long history of seldom finishing what I sign up for and the reason behind of my yearly “Drama Challenge.”

On a sheet of paper I wrote down 26 different conditions that must be met, ranging from airdates, genre, themes, writers, and actors. I then headed over to Random.org where I listed the English alphabet for shuffling. From there, the new, re-arranged order of letters was put to a numbered list where they were paired with their respective requirements. For example, S is the seventh letter on my shuffled letter list, which corresponds to the seventh prompt: a drama based on a novel. As you might have guessed, the goal is to find a drama adapted from a book whose title starts with “S.” In this instance, I chose Shokuzai—a drama adapted from a novel by the one and only Kanae Minato. This process was repeated for the remaining 25 items.

In doing this, however, I realized a couple things: X is frustrating letter! And what is perhaps even more frustrating is that us Jdrama fans have very limited resources. Those who know and/or live in Japan have some advantage, but for the rest of us? We are restricted to what is subbed, and some of those subs are confined to locked communities. Moreover, not all dramas are subbed. Although the same can be said for all foreign content, strictly speaking within the Asian drama fanbase, Jdrama subs do not come in a plentiful amount like Kdramas. To top it all off, the nature of this challenge limits what can be watched.

For example, there are several Jdramas that concern number 26: watch a drama whose main character is in some way disabled, has a mental illness, or is terminally ill. But how many of those dramas start with W? I could find none, and I was forced to swap the original requirement with a new one. This issue adds a new layer of difficulty, but then I guess it’s also part of the challenge here. Without it, I wouldn’t have found a handful of new dramas to watch. Still, I’m unsure if I’ll do this again next year unless it’s altered to include more diverse choices. I guess I’ll see.

At any rate, I initially created this challenge as a way to forcibly expand my dorama horizon. Since this was, first and foremost, made as a personal drama watch challenge, I don’t intend to make a large announcement. You are, however, very welcome to share it, and should anyone come across this and wish to have a go—by all means, go for it!

If you decide to take this on, comment here or link your own blog posts and and I will update this post respectively. (I will be keeping track of my own list over here.) There is no official sign-up, either, so it’s not limited the year 2018. Likewise, this needn’t be restricted to only Jdramas. Feel free to take this challenge and adapt it to your preference. END_OF_DOCUMENT_TOKEN_TO_BE_REPLACED

first kayla itsines workout of the new year 🎉 I tried BBG a year or two ago, but I didn’t have a lot of success—mostly because I think my protein was far too low on top of muscle mass that had already been lost. my energy wasn’t there and I really struggled before giving up. but, I’m doing better nutrition-wise and I’ve gained some strength back (very slowly) so I’d like to give this another shot. 💪🏻 #icandothis💪
Today is day ONE of NINETY using my @popflex_active 12 Week Fit Journal 💖 I bought this as birthday present to myself during the black friday deals but didn’t want to start using it until after the holidays 😌 I wanted to enjoy the sweets and other comfort foods without stressing and chose to take it easy on fitness goals, so I gave myself until the 8th of January to get back on track! ATM my body fat percentage is around 26%, so I know it’s going to take lots of hard work and determination to get down to the mid-lower end of the fitness category. It may take take me longer than three months, but that’s okay 🦥 I am also looking to improve my upper body and core strength—I’ve already seen an improvement compared to last year when I could hardly do an up/down plank or double leg lifts. Ofc, in reality, my strength gains may come after fat loss, and that’s okay, too. Right now I am excited and looking forward to making 2020 an amazing year full of personal achievements 💜 I’ll be posting updates re: my #90dayjourney in my 12 Weeks highlight for accountability! Good luck @ me.
I meant to post this yesterday but was busybusy with other things and forgot!! This is the #2020challenge from Cassey at @blogilates — 20 reps of one move followed by 20 reps of another move for 20 days 💪🏻🙃 I was ready to start this four days ago 🔥💯 #letsgo
NEW PLANNER, because I always buy one and the positive vibes on this called to me 💁🏻‍♀️ It will be my lucky charm for my personal 2020 goals. 💜 Better fitness, improved flexibility, learning Japanese, reading more books, and completing my continuing education credits well before the deadline—in a nutshell. Every year I find a book for each of the 52 Around The Year (ATY) requirements on GoodReads and get nowhere near completing 52 books 😥😅 I don’t plan on signing up for other challenges, so maybe that will leave time for more ATY books? I am ending 2019 with 8 ATY books and 39 overall... I don’t read as much as I used to, but it’s fun to try. I’m also challenging my flexibility in 2020 🙆🏻‍♀️ I’ve already been putting some effort toward it with #journeytosplits from Cassey @blogilates ! I have a long way to go to but I’m surprised and happy to notice more flexibility in this short amount of time. I also plan to start my 12 Week Fitness Journal (another helpful thing from Cassey) on the 8th as a way to help motivate me in decreasing body fat but to also build some upper body strength this year. (Starting the year off well with #2020Challenge, too 🥳🥰!!) I’ll be continuing with Japanese, too, of course. The goals speak for themselves, but I am hoping to get in more practice with writing so that I can reference grammar less and less. I made a twitter account (@ gimmedorama) specifically to write any to everything — just a little bit of practice using vocab and grammar each day!
lunch idea from liezl jayne that’s become my favorite to eat lately 😋 been making it almost daily for four weeks now. 1/4 large avocado and 1/3 cup chickpeas mashed together with some lemon juice, pepper, and herb mix for added taste. 💛
I am sure there are, and will continue to be, challenges like this on the internet, but this one was made solely for myself because #selfcare. while I am in a much improved mental state compared to 5/6 years ago, I still have triggers. so how do you stop yourself from falling into a hole? or how do you climb back out? for me, it’s learning to feel okay with myself, to not value myself less, and focus on the positive as hard and as much as I can. so for 50 days I want to think of at least ONE THING I can do for myself that makes me feel good. lighter. distracted. not like shit. and I specifically chose now to do it, because of the holiday season and birthday creeping up on me. (which reminds me, yes: I did complete my continuing education 💯) fifty feels kind of daunting, but then it wouldn’t be called a challenge 🌞 I’ll keep my #onehappyaday restricted to stories under a 50 Days highlight, and if I stay consistent I’ll be done on January 10th, 2020✨ by then I hope I’ll be a little closer at mastering a dropkick on negative thoughts. 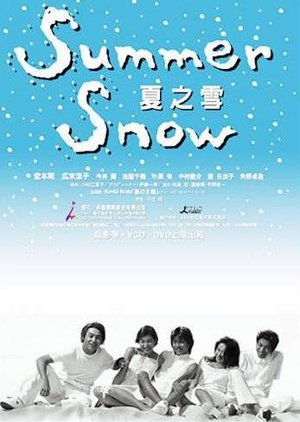 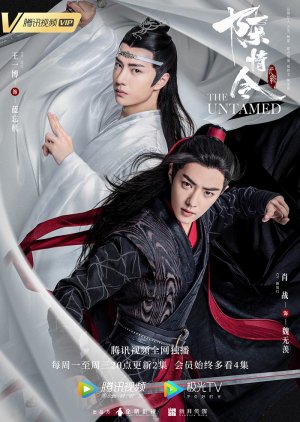